It is a country at the crossroads of the continents of Asia, Africa and Europe.

Jordan enjoys a range of geographical features, starting from the Jordan Rift Valley in the West ending at the desert plateau of the East, with a range of small hills running the length of the country in between.

Jordan is home to the Dead Sea, which is considered the lowest point on earth lying - 408 meters below the Sea Level. The highest point in Jordan, in contrast, is Jebel Umm El Dami, which lies 1854 meters above sea level.

Jordan represents some important Eastern old cultures. That appears in some of the existing monuments such as the city of Petra, which is a huge tourist attraction for tourists from different countries.

According to the Jordanian Ministry of Tourism report, Jordan has more than 100,000 archaeological sites; some of them are still in its original state, such as the city of Petra and Jerash. Jordan is also part of the Holy Land and therefore attracts a number of visitors to do some activities of the pilgrimage. The holy sites of Jordan mentioned in the Bible are: Mount Nebo, Madaba, Al-Maghtas, location for the Baptism of Jesus and Umm ar-Rasas. Modern attractions include Amman, Aqaba and the Dead Sea, which is also a place for recreation, rest and holiday.

The climate in Jordan is characterized by warm, dry summers and mild, wet winters, with annual average temperatures ranging from 12 to 25 C and summertime highs reaching the 40 C in the desert regions. 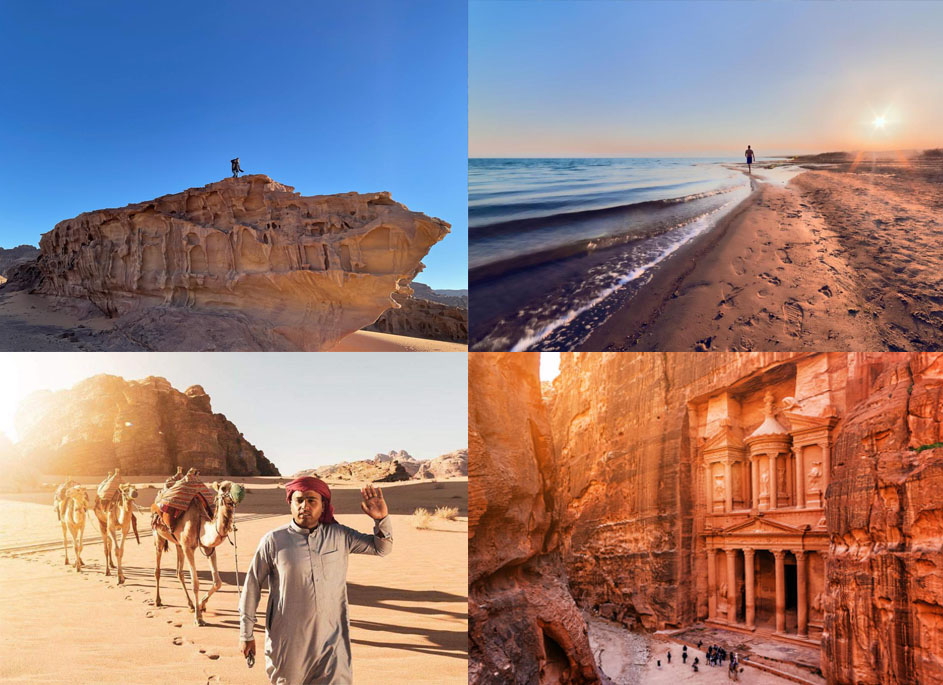 Our yoga practice in this retreat will be harmonized with the simplicity of the nature. Meditation and hatha yoga with a vinyasa touch for the morning hours and relaxed yin yoga in the evenings. All practitioners are welcome in this retreat even totally beginners.

Three different types of accommodation
Two nights among the red dunes of Wadi Rum,at Hasan Zawaideh Camp which offers Bedouin-style accomodation or the Martian s Tents (free option-different cost). Hasan Zawaideh’s staff organise jeep and camel trips to admire the Seven Pillars of Wisdom. They offer a special tour which follows the route of Lawrence of Arabia invading Aqaba. In the evenings, guests can sit around the camp fire and taste authentic, freshly prepared Bedouin dishes. The tents of Hasan Zawaideh are decorated with oriental carpets and colourful bed covers.

One night in Seven Wonders Hotel with the spectacular view from the terrace and the beautiful swimming pool at the rooftop. And last night between the mountains of Mount Nebo and the Jordan River, Ramada Resort Dead Sea is our destination for leisure ! Offering the largest private sandy beach, 2 swimming pools, several F&B outlets, a splendid spa. We will enjoy true Jordanian hospitality at the lowest point on Earth! 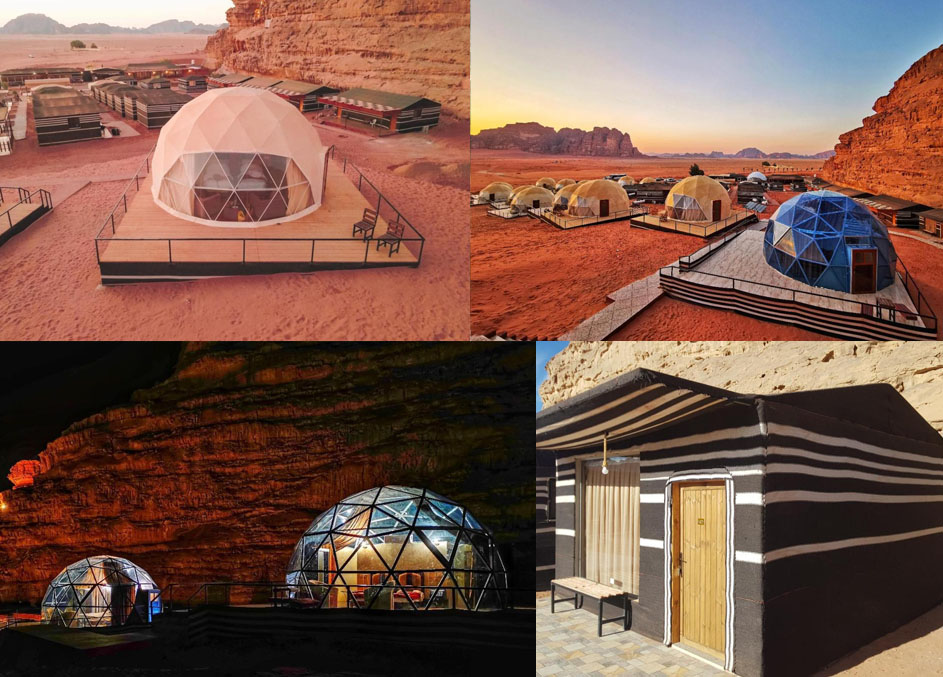